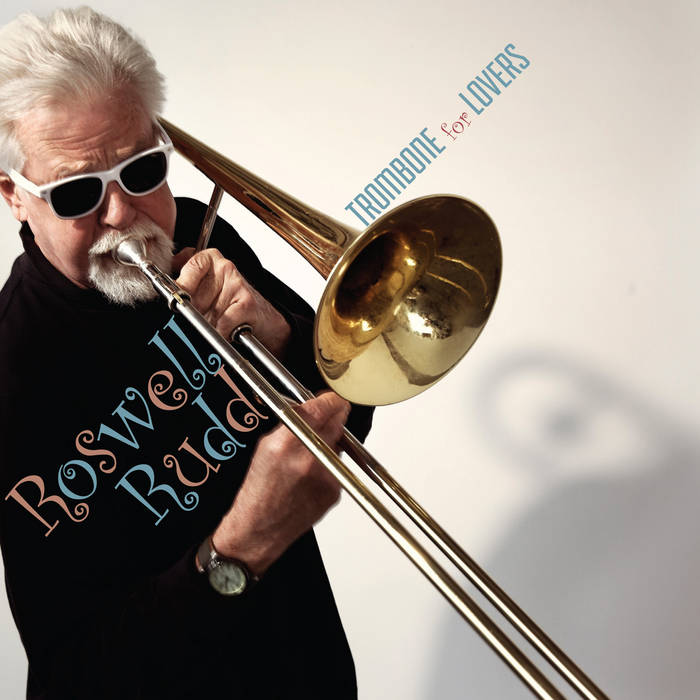 It is amazing how hearing a song can bring you back to another time and place. A refrain or a melody sparks an image of the past as well as emotions from that particular moment.

Legendary trombonist Roswell Rudd has put together a recording of pieces that have this effect on him. The musical pieces chosen have become standards of American song, most of the selections stemming from Rudd’s recollections of childhood when he would sing the songs in school or in church. Trombone for Lovers brought together not only a collection of fantastic music but also a tremendous assortment of musical talent, including John Medeski, Bob Dorough, and Steven Bernstein.

Rudd has been sharing his love of standards for many years. He has long been a champion of the music of early jazz, Thelonious Monk, and Herbie Nichols. Rudd has also been adding more folk pieces to his repertoire, including “Danny Boy” from his most recent recording, Trombone Tribe. Trombone for Lovers presents a mix of jazz, rock & roll, R&B, gospel, and country swing.

The album begins with Stan Jones’s ”Ghost Riders In the Sky,” a spirited, soulful take on the cowboy classic. John Lennon and Paul McCartney’s “Here, There & Everywhere” features the wonderfully idiosyncratic vocals of Bob Dorough over Medeski’s lush organ. Frank Loesser’s “Baby, It’s Cold Outside” follows with a gospel tint as Bernstein and Rudd play in a moving duet. Vocalist Fay Victor lends her talents to a moving, blues drenched version of Richard Jones’s “Trouble In Mind” which is followed by a percussive, New Orleans parade beat on “Struttin’ with Some Barbecue.”

Santo and Johnny Farina’s 1950s classic “Sleepwalk” is taken as a laconically lush ballad. Doucet and Sturm join Rudd on the Joseph Kosme standard “Autumn Leaves” in a spare but swinging trio followed by an appropriately groovy rendition of Booker T. Jones’s “Green Onions,” featuring Bernstein and Gary Lucas. Redd Stewart and Pee Wee King’s “Tennessee Waltz” finds the trombonist with Doucet and Sturm for a quietly strolling take on the Western classic. An emphatic rendition of Ellington’s “Come Sunday” is followed by an elegiac rendition of “Unchained Melody.”

Weill and Anderson’s “September Song” is lovingly rendered by the trio of Doucet, Sturm and Rudd before the country swing of Verna Gillis and Rudd’s “Funky Little Sweet Thing,” featuring the lilting vocals of Heather Masse. The recording concludes with a suite consisting of a multitude of arrangements of Alfred Hayes and Earl Robinson’s “Joe Hill” featuring the NYC Labor Chorus, pianist Dennis Nelson and rapper Reggie Bennett.

A performer of eclectic taste and stylistic breadth, Roswell Rudd has provided an intriguing recording of music that has made an impact on him. Trombone for Lovers is a tribute to a lifetime of listening and love of music through the collaboration of an eclectic crew of musical friends.

Bandcamp Daily  your guide to the world of Bandcamp